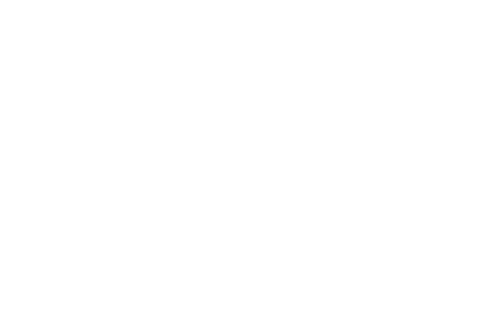 Once the province of home hobbyists and a few academics, vehicle-to-grid charging, or V2G, is gaining momentum. When appropriately equipped, a plug-in hybrid or purely electric vehiclecan operate like a generator on wheels, powering a house in a blackout or feeding electricity to the grid.

New devices that enable V2G are being developed for the Japanese market by Nissan, Mitsubishi and Toyota, with the first systems expected to reach customers within a year.

In August, Nissan unveiled a new system that it expected to offer within its fiscal year to drivers of its Leaf E.V. in Japan. Called the Power Control System, the free-standing module acts as an intermediary between the Leaf’s onboard DC fast-charging outlet and a home’s power distribution panel. Nissan claims that the Leaf’s 24-kilowatt-hour lithium-ion battery can feed six kilowatts of electric power to a home, enough to satisfy the average power needs of a Japanese residence for two days.

Nissan has not announced the price of the system.

Nissan brand representatives in Japan said via e-mail that its system was under development before the March earthquake and tsunami that struck northeast Japan, but “overall sensitivities of electricity usage” after the earthquake led to “big efforts” to get the system on the market. Nissan said it was investigating the “marketability and feasibility” of a V2G introduction in North America, but would not speculate on the pricing of such a unit.

The company most likely to first offer V2G in North America is Mitsubishi. According to Maurice Durand, a brand spokesman, the company is hoping to put a V2G system on a coming crossover plug-in hybrid vehicle to be sold on the American market in two years. The crossover was first shown as a concept, the PX-MiEV, at the 2009 Tokyo auto show. “V2G can be very helpful in blackouts,” Mr. Durand said. “It’s under consideration, but it’s hard to say if the consumer desire for a system like that will be there.”

As reported by Wheels, Mitsubishi’s purely electric i-MiEV was enlisted to aid earthquake relief efforts in March when gasoline was in short supply.

Toyota, meanwhile, may also accelerate V2G projects. After the natural disaster in March, the Toyota Estima hybrid van, at the time the only car in the brand’s lineup with a standard AC outlet, provided emergency electric power in affected communities, Automotive News reported. Toyota is expected to add that same plug to the 2012 plug-in Prius, although only for the Japanese market.

For now, Toyotas bound for America won’t have V2G technology.

“There are some reports out of Japan, but we’re not planning any sort of system powering your house from your car,” said John Hanson, a Toyota spokesman, in a telephone interview. For years, however, home hobbyists in the United States have modified their Priuses to power their homes, often posting tutorials on YouTube and online hobbyist forums.

“V2G has legs,” said George Augustaitis, a senior automotive analyst at Mintel International, a market research firm, in a telephone interview. “I think every automotive manufacturer is looking at an approach to using vehicles to flow energy from the car to the power lines and back.”

Willett Kempton, a professor at the University of Delaware, has long championed V2G. He and his students have conducted an experiment for the last three years with seven cars feeding power to the grid on a trial basis. Professor Kempton is working with PJM Interconnection, a regional transmission organization that manages the movement of wholesale electricity in 13 states and the nation’s capital.

Professor Kempton said in an e-mail that utilities would not be interested in buying electricity from individual cars, but from groups of perhaps 100 vehicles. A megawatt-hour of electricity from that plug-in consortium could provide $25 to $35 in revenue, he said, or about 30 cents per car for every hour it was plugged in. He estimated that V2G of this type could be commercialized on a small level in 2012 and reach a larger, multimegawatt scale in 2014 or 2015.